Nancy came to Cornerstone in 2012 to continue her passion working with the ID population. She has over 10 years experience working in both the children and adult sectors of ID services. She pairs these experiences with the Applied Behavior Analysis to approach cases with the most complex behavioral needs. Nancy specializes in using a strengths-based perspective to help teams identify client's unique qualities and gifts. She then works with teams to develop a creative approach to behavior modification as well as incorporating new avenues to enhance their quality of life.

Nancy received her Bachelors Degree in Communication from VA Commonwealth University. She previously worked in a public school setting, teaching individualized curriculums to children with developmental disabilities. She also worked in a supervisory position for a local agency supporting adults with ID​.

Michelle started her career in special needs support working as a Therapeutic Staff Support and has since moved to various roles including Outpatient Therapist, Foster Care Director and Clinical Director of a school for children with Autism. Michelle holds a Master's Degree in Sociology and a Master's Degree in Special Education with an emphasis in Applied Behavior Analysis.  Michelle is a Board Certified Behavior Analyst as well as a Licensed Behavior Specialist.  She has been working in the field for 12 years and enjoys supporting individuals with special needs. 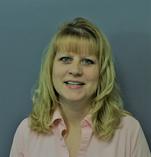 ​Since working at Cornerstone, Rosa developed a Sign Language training for the teams of the several Deaf consumers she has on her caseload, as well as for those non-verbal individuals that use sign as their mode of communication. Rosa likes working with all of her consumers, but most enjoys working with Deaf consumers.